Instead of relentlessly trying to sell my scripts, I keep getting loads of great (or so I think) new ideas and have to write them down. Here in the desert these ideas are known as mirages, because they might end up being something, they might not. Here’s the diagram again if you missed it earlier: 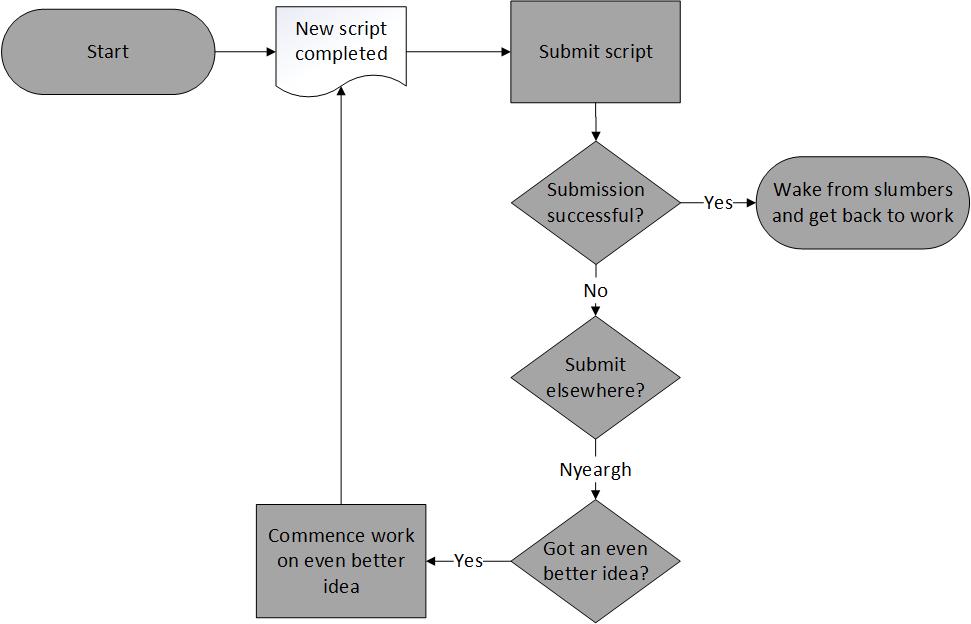 I get a supposedly great idea of something to write about at least once a day. That’s a lot of writing down of ideas and not much selling of them. But if I could just focus on the one completed, perfected script, and do it under the guidance of an enthusiastic agent who also has lots of great ideas, just think of the power that could be harnessed…

…if you put the good stuff in the About me page on this site together with the great bits from the About my work page then hopefully an overall picture (and a positive one at that) may begin to emerge. And let’s hope it’s not just another mirage!

Back to base camp.