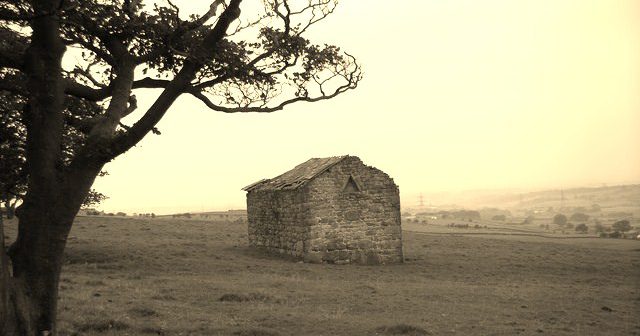 At the height of the Credit Crunch, three unemployed northerners attempt to spend a large amount of counterfeit money despite not knowing who printed it.

The recession has badly hit three friends; Steve (lothario salesman of no fixed abode); Dave (family man on the dole and a six month promise); and Geoffrey (eccentric engineer who fancies his pigeons more than his wife). While reminiscing on how wonderful everything was at the start of the Millennium (before families and responsibilities arrived), they discover a stash of 20 pound notes, all identical to the genuine article bar a small red dot upon one of the Queen’s eyes. With the cash flow crisis seemingly abated, everything is rosy once again, but to avoid detection they have to spend one note at a time, which proves harder than expected. It isn’t long before their thoughts turn to why the cash was discarded in the first place and, more worryingly, who discarded it. As paradise turns to paranoia, three previously unbreakable friendships are tested to the limit and something has to be dumped – either the wife and kids who tie them down, or the phoney money that might still give them a way out.

The story is set in Lancashire with a strong emphasis on colloquialisms and a heavy dose of Northern humour. Although I hail from the south of England, I married a Lancastrian and though her extensive clan have taken me deep into their black pudding-loving hearts, I still look affectionately in on their world from the outside, just as I feel an effective screenplay should.

1. Popular dynamic of three lads with a crazy scheme (Only Fools and Horses, Father Ted).

2. Everybody fantasises about how they would spend lots of money, here they get the chance to experience it by proxy.

3. Plays on the northern way of life, Lancashire-isms and heavy on colloquial dialect to create an authentic and amusing script.

4. Not expensive to film, no special effects required, small cast and cheap locations.

6. An opportunity to show off the scenic splendour of the English countryside.

7. Deals with the theme of getting older and things not having worked out how you hoped they would, which many people can identify with.

8. With the Credit Crunch and its subsequent austerity more-or-less over, the audience can reflect on how bad something in recent memory was, but from a safe distance. That said, this is now even more relevant in the fresh aftermath of lock-down and a furloughed workforce.

9. Three distinct lead characters – the ladies’ man with a nasty streak, the put-upon every-man and the great British eccentric.

10. A controversial ending that isn’t afraid to address the kind of thoughts that many people have, but dare not express for fear of social reprimand.