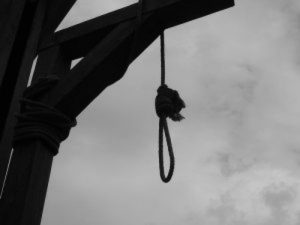 The most cunning, lethal and hated priest hunter in all of Ireland finally meets his match when a mysterious, unregistered priest appears in his parish, and, unlike the other captured priests who came before him, decides to fight back.

The year is 1717 – Ireland remains under the oppressive control of the English Crown, which has made the practice of Catholicism illegal, with harsh punishments for any rebellious priests brave enough to continue their practices. Consequently the religion moves underground, the congregations meeting in secret, the clergy conducting masses in disguise. To disrupt this practice and uphold religious law, certain individuals are employed by the Crown to capture renegade Catholic priests and get them to swear allegiance to the Protestant Queen Anne, thereby renouncing their true faith. These individuals, often no worse than criminals in their methods, and despised throughout the local communities, are known as ‘priest hunters’.

This is the story of John Mullowney (AKA Sean Na Sagart / John of the Priests), who was recorded in Irish traditional history as the most effective and therefore also the most despised priest hunter who ever lived.

John Mullowney is known throughout Western Ireland as the most loathsome of priest hunters, but with such cunning and ability to make him feared and reluctantly respected by the common folk. Having just captured the last-but-one renegade Catholic priest in all of Galway, Mullowney sets his sights on the elderly Father Brady and devises various traps to lure him out from his hiding place in the wilds of the Connaught boglands. Disguised as a dying man, Brady duly arrives to administer the last rites, but when Mullowney reveals himself to claim his reward for Brady, the scene is disturbed by an unknown figure who gives Mullowney one hell of a beating before disappearing into the darkness. Incensed by this mysterious priest who fights back, Mullowney uses of his tricks and the knowledge of every other rogue he knows to discover the identity of his new enemy, but without success, eventually finding himself somehow accused of a murder he did not commit. As a prisoner in the stocks and with everyone around him keen to administer the type of justice he once thrived on and see him hang, it is up to Mullowney alone to somehow find a way out of his deadly predicament and catch the priest that put him there.

Screenplay, 18th century Irish western, 131 pages. Only requires sunshine in one single shot (which still may be a challenge if filming in Ireland).

Note that the historical background is correct and, although not much is known of John Mullowney’s life, and liberty has been taken with his storyline in this work, he really did exist and he really was as loathsome as the history books make out.

Okay, so technically I’m not, but while reading a random Wikipedia article on my lunch hour I soon became fascinated by the subject of Ireland’s Priest Hunters, on the one hand intelligent and brave in their methods, but on the other hand shunned and hated by the communities they often came from. Maybe in some way I was identifying with them…but then again, maybe not. But I did ask for a well-researched and comprehensive book on the subject from my parents one Christmas to use as source material. And if you’ve also got Wikipedia info to call on, what more do you need?! But seriously, this was an unusual labour of love, but a very enjoyable project, especially considering I’d never written anything historically-based before.

1. Action is introduced for extra effect and not overdone. Anyone who has been in a fight knows that nine out of ten of them are over after the first punch. But in Priest Hunter we make sure it’s a damn good punch

2. This is historical, this actually happened. Admittedly the story has been altered and englamoured, but the times in which it is set is a true and accurate account.

3. The Good, The Bad and The Ugly is an enduring classic of the Western genre, but it was based on a Japanese film some years before it. Therefore it in turn needs a film partly-based on it. Priest Hunter willingly obliged.

4. The main character is a love-him-or-loathe-him conundrum. Some will want to kiss him, some will want to castrate him. But whatever your stance, you’ll be entertained.

5. It’s a Western, but it’s also technically a period drama. Therefore no special effects are necessary (and for that matter, neither is a cast of thousands).

6. The lead woman has a choice of settling down and marrying one, having an exciting fling with another, or running away with the third from everything she’s ever loathed. Women like to keep their options open.

7. Protestant and Catholic tensions still exist, but this really shines a light on how bad it once was. These days a lot of people don’t want to go to church, and that’s their choice, but back in 18th century Ireland such a choice didn’t exist. Well, it did, but it’s the kind of choice that could get you killed.

8. Shots of big, wide open spaces, with plenty of peat, and the crashing of the Atlantic waves against the shores of the Emerald Isle always go down well with a potential urban-based wealth tourist market.

9. The thrill of the chase is a popular theme, even more so when both the anti-hero and the villain are chasing each other.

10. Everyone loves a funny drunkard (Withnail and I, anyone?) …surely they’re just as loveable, if not more so if they’re also a bit psychotic with it? If you agree, you need to meet the Priest Hunter’s main character.